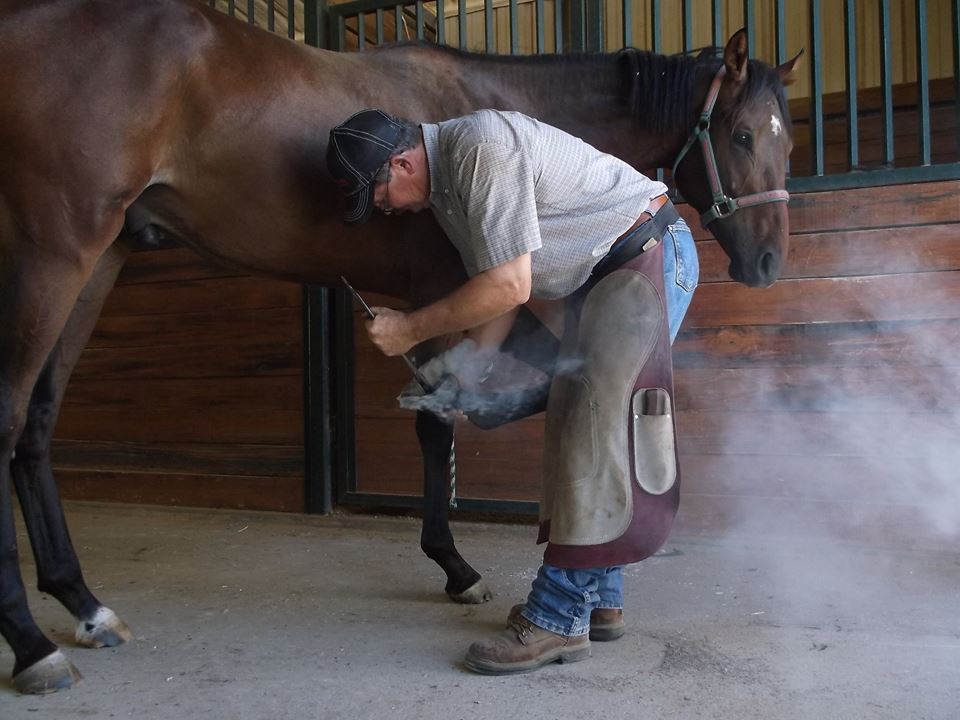 This month we want to spotlight John Trammell, a client, and sought after local farrier for the area since 2001. John, his wife, Brenda, and daughter Ensley live in Parker County; Ryan and Cory, his sons are both grown and moved away from home.
John was raised in Haskell, Texas and moved to Palo Pinto County in 1971, where he helped his family on a ranch. Shoeing horses seemed natural and he started working on a few horses while still in high school.
Through the years, John has worked for several ranches, sale barns and even sold insurance, all the while shoeing horses and continuing to improve his farrier skills. In 2001, John made the decision to start shoeing full time, and his clientele quickly grew to a full book.
In 2007 John started doing corrective as well as routine shoeing at Garner Equine in addition to his standing appointments. He and Dr. Seale work together on many difficult cases to ensure your horse receives the best farrier work for their situation.
Recently, after an oral surgery, John was prescribed some pain medicine which he had a severe reaction to. He ended up falling from his vehicle and landing on his head, fracturing the wing of C7. The fracture has kept him sidelined several months, with the doctor advising him to wear the neck brace day and night to avoid surgery.
After a long eight weeks of very limited movement his neck has healed enough to start physical therapy and return to a normal lifestyle.
As John starts back to work in the upcoming weeks, we wish him the best and hope for a pain free return.