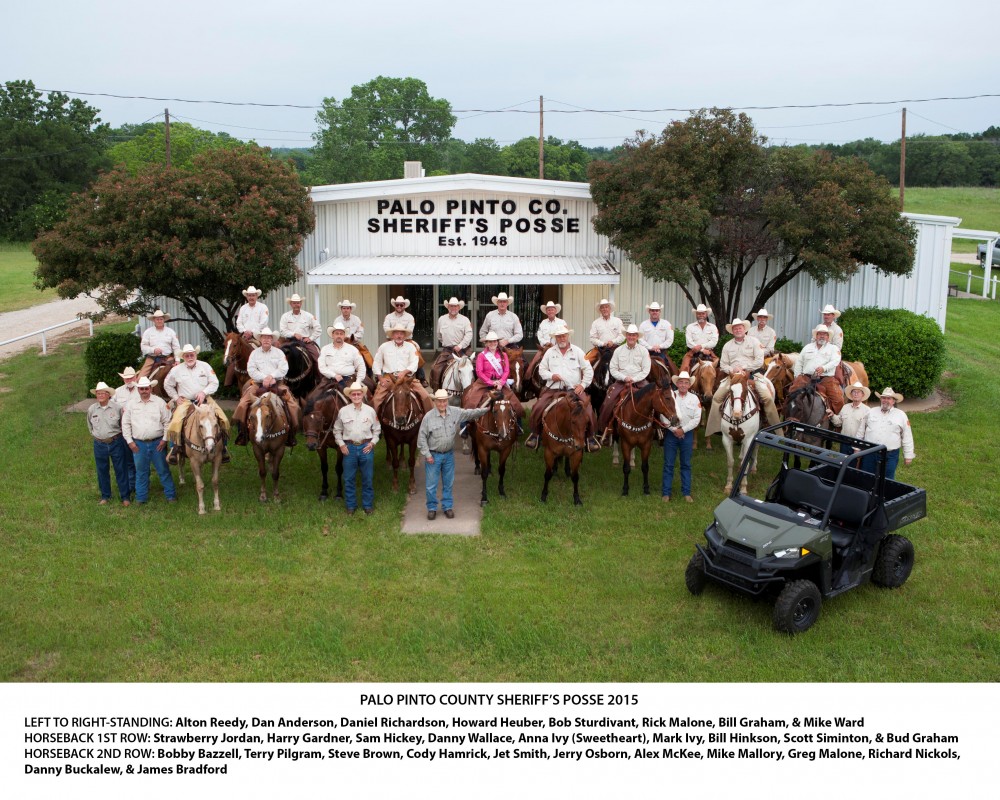 The Palo Pinto County Sheriff’s Posse will be the focus this month.  This county organization was established in 1948.  A meeting with the sheriff, Fred Foreman, and five local men was held to discuss the beginnings of the posse.  Each man that was present, excluding the sheriff, was to bring one friend to the next meeting.
The second meeting was held and it was decided that the ten men would all bring another person to the third meeting and that those twenty men would be the charter members of the Sheriff’s Posse.  The officers were selected, the uniform was picked, and the purpose of the posse was stated.

Throughout this time, the members were an actual posse called upon by the Sheriff to guard prisoners that were hospitalized and search the rural areas for escaped convicts.  November 1988 changed the duties of the Sheriff’s Posse: the group became a civic service organization that focuses on community support.  Scholarships are awarded to area seniors, project animals are purchased at the county livestock sale, they contribute to Project Graduation and other youth activities are considered every year.
The current sheriff is Ira Mercer and the group boasts a membership of 89 members, the 2015 officers are as follows:

New members are invited by a current member and then brought up for vote by secret ballot.
Posse members perform duties where mounted personnel are required and as in days of old, will still be used in searching for missing persons.  They participate in trail rides on local ranches, as well as many other riding areas known for their scenic trails throughout the state. In uniform, they represent our county from horseback in area parades and grand entries.  The group has monthly business meetings, a Thanksgiving party, a Christmas party and an annual wife’s appreciation dinner.