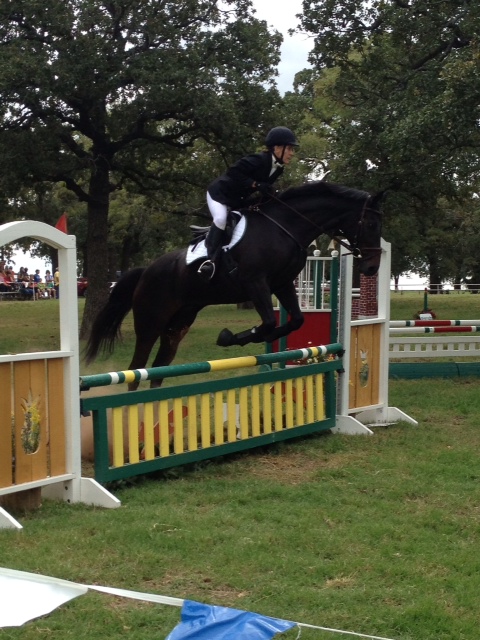 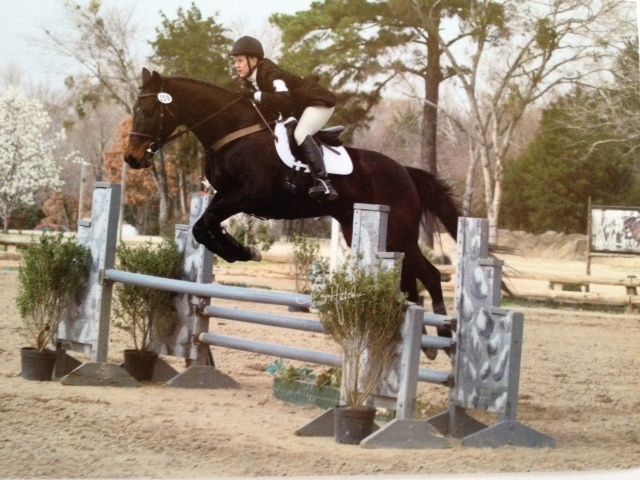 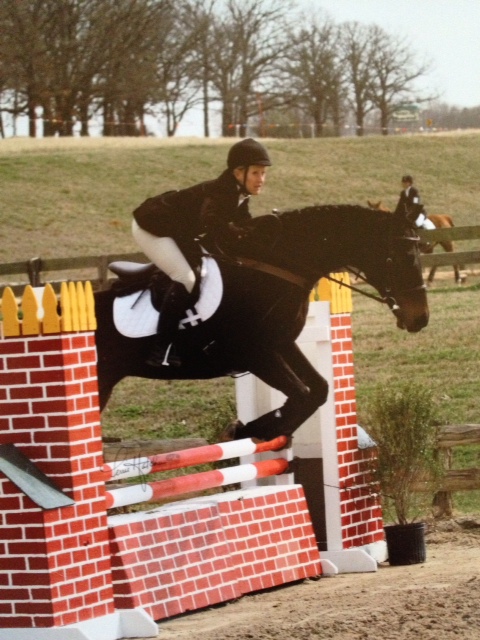 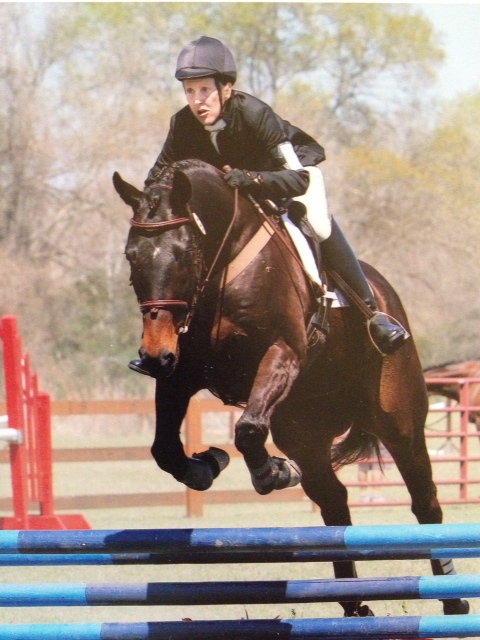 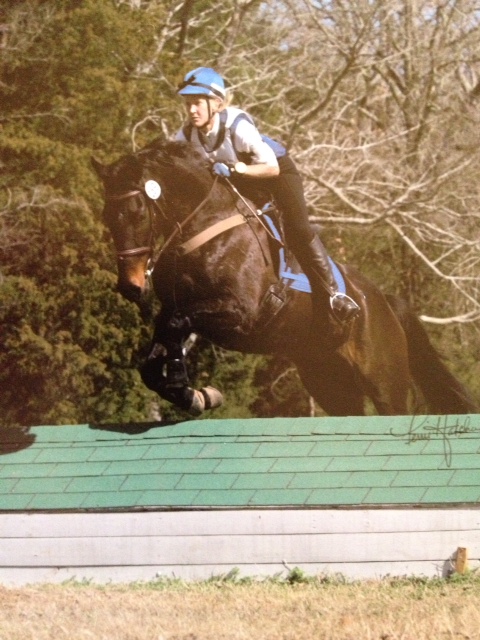 Our patient of the month is Sage, a 13 year old dark bay gelding, owned by Tamy Pollard.

Sage, aka Maurice Jolie, is a 13 year old TB that began his career in Colorado as a race horse.  In 31 career starts, he had 1 win.  At the age of 6, he was purchased by a 3-day Eventing trainer in Colorado Springs and thus began his second career.  In three years, he successfully navigated the levels up to the Preliminary division and qualified for the championships numerous times.  In the summer of 2009 after passing a thorough pre-puchase examination, Sage came to his new home in North Texas in October 2009 with Tamy & Tracy Pollard.  With a lot of diligence in the practice pen, Tamy & Sage started competing.

After a rare refusal during a cross country competition we performed a lameness examination on Sage and it was determined that he was lame in his left front, & needed an MRI to determine the exact cause.  Sage went for his MRI & was diagnosed with bruising & crushing of the medial portion of the heel, navicular edema along with navicular changes, & a partial tear of the impar ligament.  With a diagnosis for Sage, Garner Equine began the lengthy treatment & rehab period that included IRAP & Tildren therapies with stall rest. While he was recovering, Dr. Seale recommended weekly trips to Parker County Equine Aqua Tread for low impact aerobic activity.

After a second MRI showing much improvement, there was hope that Sage would compete again.  Now we had to find the proper shoe to help with his hoof problems & be able to use in competition.  After 6 months of treatment and lots of TLC from Tamy, they were back competing.  Good Luck to Tamy & Sage in their future competitions!